The Mediterranean Diet protects the DNA 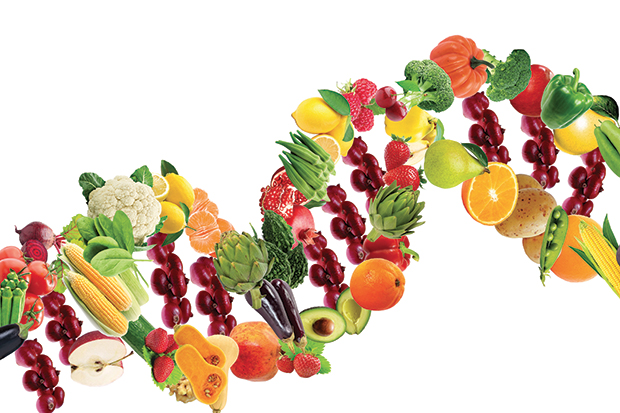 A recent review study conducted by a team of researchers at the University of Milan and Parma, has deepened the aspects related to the role of nutrition, and in particular the Mediterranean Diet, on the protection of DNA from damage caused by oxidative stress , ie from a particular physiological condition determined by an imbalance between the formation of reactive oxygen species (ROS) and antioxidant defense mechanisms. Overproduction of ROS can therefore cause oxidative damage to lipids, proteins and DNA. The integrity and stability of DNA are essential for life and for the maintenance of normal cell functions. The most common types of stressors that can contribute to genetic damage, in addition to oxidative species, include chemical agents, ultraviolet / ionizing radiation and xenobiotic substances. Damage to the resulting DNA, if not adequately repaired, can increase the risk of mutagenesis and lead to the onset or development of numerous degenerative diseases including cardiovascular disease (CVD), diabetes mellitus, Alzheimer’s disease and cancer. Chronic oxidative stress has also been reported as a critical mechanism involved in the shortening of telomeres, essential for the stability of chromosomes and whose damage accelerates aging processes. The Mediterranean Diet has been identified as a sustainable and healthy dietary model characterized by high intake of vegetables, legumes, fruit and nuts, cereals, olive oil, moderately high consumption of fish, moderate intake of dairy products, low intake of meat and poultry, and a regular but moderate intake of alcohol, mainly in the form of wine and generally during meals. DNA damage protection has been observed in several human intervention studies following consumption of tomato, broccoli, spinach, blueberry, orange juice, nuts, green tea and coffee. Most of these foods are present in the Mediterranean diet (MD) and represent a rich source of bioactive compounds such as vitamins, carotenoids, glucosinolates and polyphenols that act as antioxidants or activators of multiple endogenous defense systems. The research, carried out through a careful selection of scientific publications, starting from the Predimed study, led to the conclusion that the Mediterranean Diet plays a fundamental role in the protection of DNA damage and in the modulation of DNA repair genes and the length of telomeres, but that more detailed studies are needed that take into account the different aspects of the diet as a whole, including nutritional, social and environmental components.